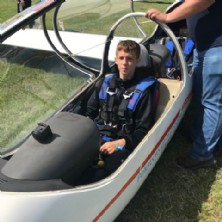 Students from Year 9 and 10 take up Gliding for the day.

A group of of 15 Jack Hunt School students from year 9 and 10 were taken by Mr T Perkins and Ms S Sanders for an amazing and unique experience, 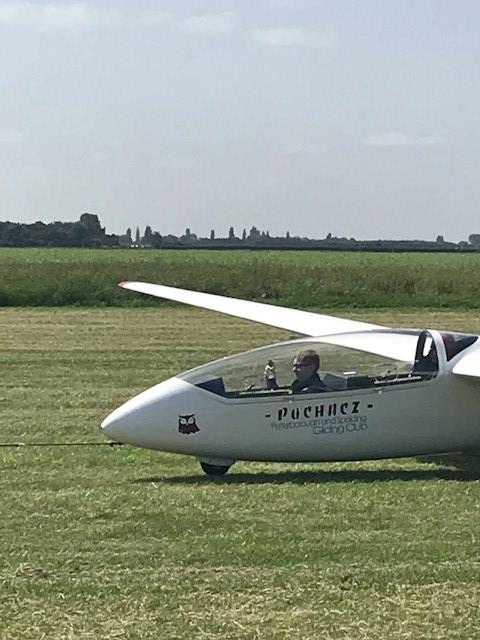 Gliding. It was an absolutely fantastic opportunity for the students to actually pilot a Glider 2500 feet up above the Lincolnshire countryside.

For most of the students it was the first time they had ever been up in a Glider and to actually sit in the front and pilot the plane was an amazing experience. The Gliders were pulled along the runway by a small propeller plane and then up into the air towed by rope to approximately 2500 feet. The rope is then released and the Glider flies and is manoeuvred on the currents of rising air and winds. The students were sat in the front seat with a fully trained instructor in the back seat and the dual controls made it possible for them to actually have a go at flying the Glider. The students stayed in the air for about 20 minutes before landing safely back on the runway.

It was a beautifully sunny day which made the views from the Glider spectacular, the students were able to use their mobile phones in the cockpit and were able to video taking off/landing and get some great videos and pictures of the views to record what they all agreed was a truly memorable experience.

We'd like to give a huge thankyou to Penny Walkinshaw, School Governor, who organised the day and also the Peterborough and Spalding Gliding Club who looked after us so well whilst educating the students brilliantly and allayed any fears that some of the students had before they went up!