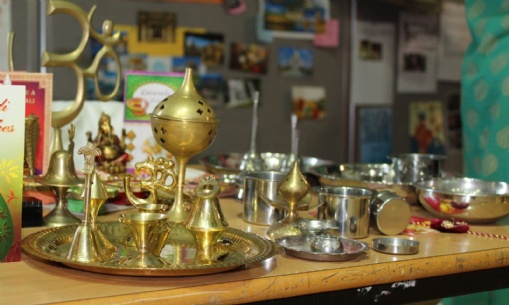 Diversity Day took place on Wednesday 13th July, and it was FANTASTIC!

The assembly hall was bursting with energy with the vibrancy of diversity in the display of culture, traditions and much more. The morning was dedicated to exhibitions of student’s work. The 27 different displays represented countries from across the globe, namely: Afghanistan, Cyprus, Dubai, England, Guinea-Bissau, India, Jamaica/Bob Marley, Japan, Latvia, Lithuania, Nepal, Pakistan, Philippines, Poland, Portugal, Seychelles, Switzerland and Wales. Also all six main faiths were represented - Islam, Christianity, Judaism, Sikhism, Hinduism and Buddhism; Fairtrade and Send My Friend to School were also represented. 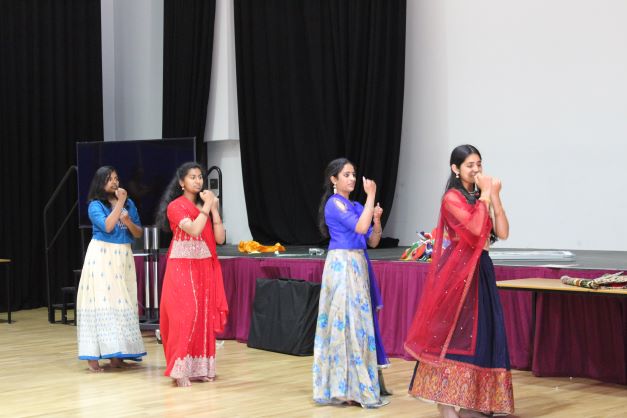 The morning session of exhibitions was followed by a cultural lunch where the canteen served food from various countries. In the afternoon all Diversity Day students, staff and sixth formers attended cultural performances which included: an Afghan Attan; poetry from Lithuania; several styles of dancing from India; ‘why I wear the hijab?’ personal speech written and read by student Zeena Ahmed representing the Islam stall; Alama Iqbal’s famous poem in Urdu - read by Muniba Mahmood; Curriculum Area Leader for Music, Mr Jefferson’s class 7J6 delivered outstanding African drumming; Guinea-Bissau had us all dancing and cheering to their dance which included sturdy too; Eve Robinson and Elana Walker danced to Dos Oruguitas from the Disney film Encanto; the Philippines sang a couple of songs with a ukulele; and Pakistani dhol drumming by Mr Akram, teacher of Mathematics and student Ammanullah Sabir. The afternoon of performances ended with a cultural dress exhibition, wherein all Diversity Day students modelled their cultural outfits.

The whole school was involved in many cultural and language-based lessons and activities. Tutors ran a variety of cultural quizzes and competitions with their tutor groups to further extend our strong International Education ethos. Moreover, the library was also involved in running several cultural/linguistic brainteasers. The Art department ran a Diversity in Peterborough competition and the Young Enterprise team of Year 12 students developed and executed several activities for staff and students. 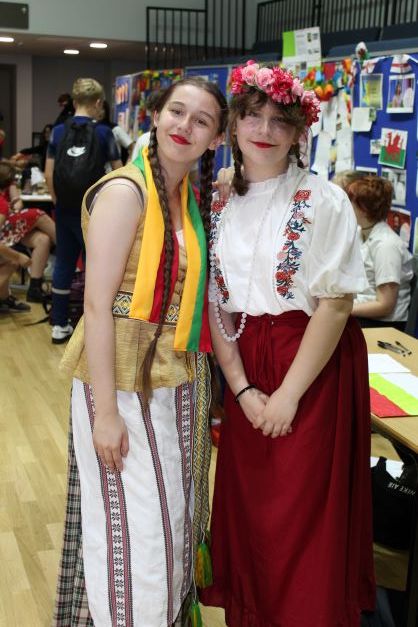 Deputy Head Teacher, Ms Ford commented how appealing to the eye all the colours and displays were, she congratulated all 141 students on their work and Ms Hussain on the success of yet another Internationalism event. “This event is a true reflection of JHS, wherein we not only embrace differences but also celebrate them!”

The JHS Diversity Day did indeed feel like we were ‘going around the world in just 25 minutes!’

Please view our galleries for all photos and videos from this event.