Sixteen members of staff and students took part in this years Great Easter Run on Sunday 9 October, in support of the @SaferCoaches campaign. 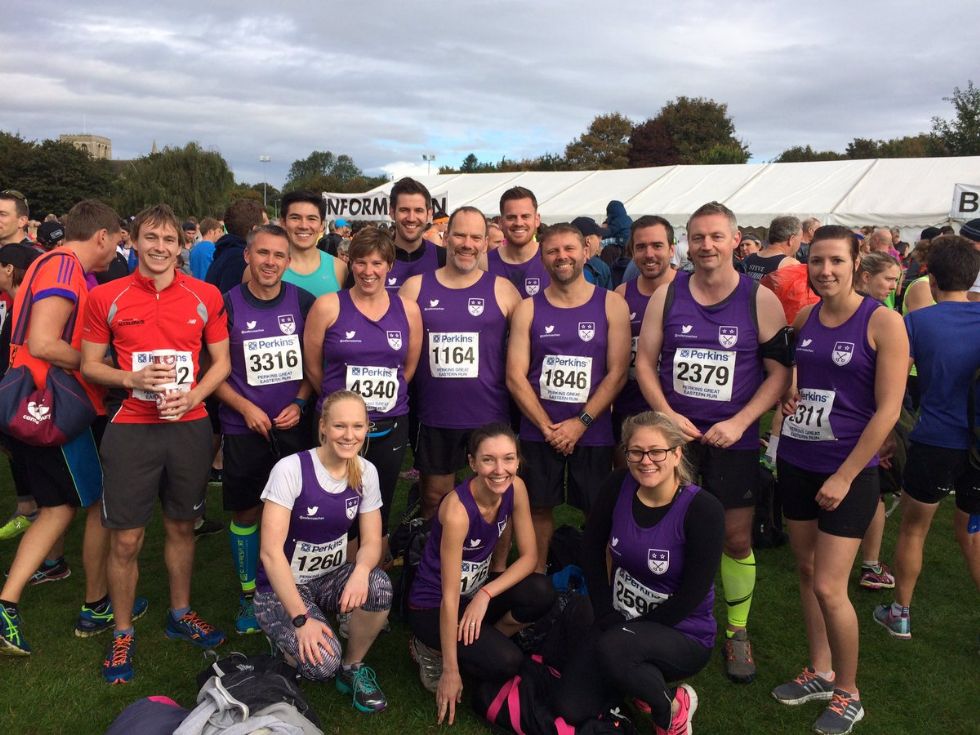 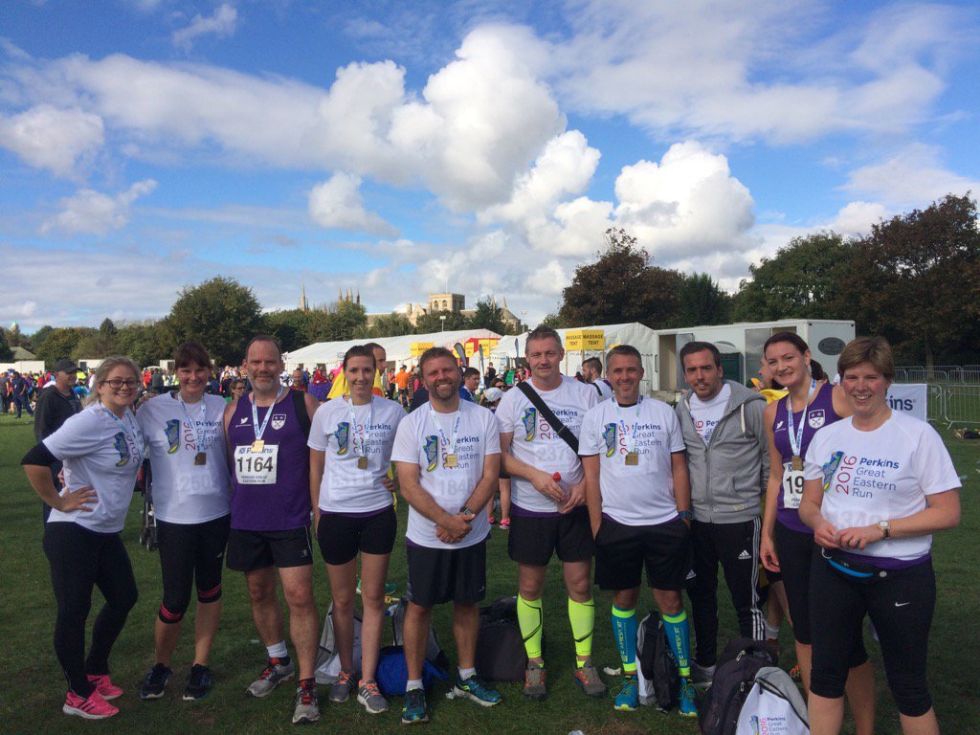 This year, as well as a number of Sixth Form Sports Leaders providing marshalling services for the Great Eastern Run on Sunday 9 October, fifteen staff and students took part, some of them never having run before; never mind a half marathon!

They have all been training since May and the team spirit has been amazing and encouraging, both leading up to the event as well as on the day.  Everyone was very supportive as they met at the start of the race and again at the end to celebrate with each other.  Many were delighted with their achievements in running the full course and the times they got.

Teaching Assistant, Miss Sandall said “I’d just like to say that the atmosphere was amazing and it was great to run wearing a Jack Hunt vest, as people shouted out, “Go Jack Hunt” all the way round.  This really motivated me to keep going" 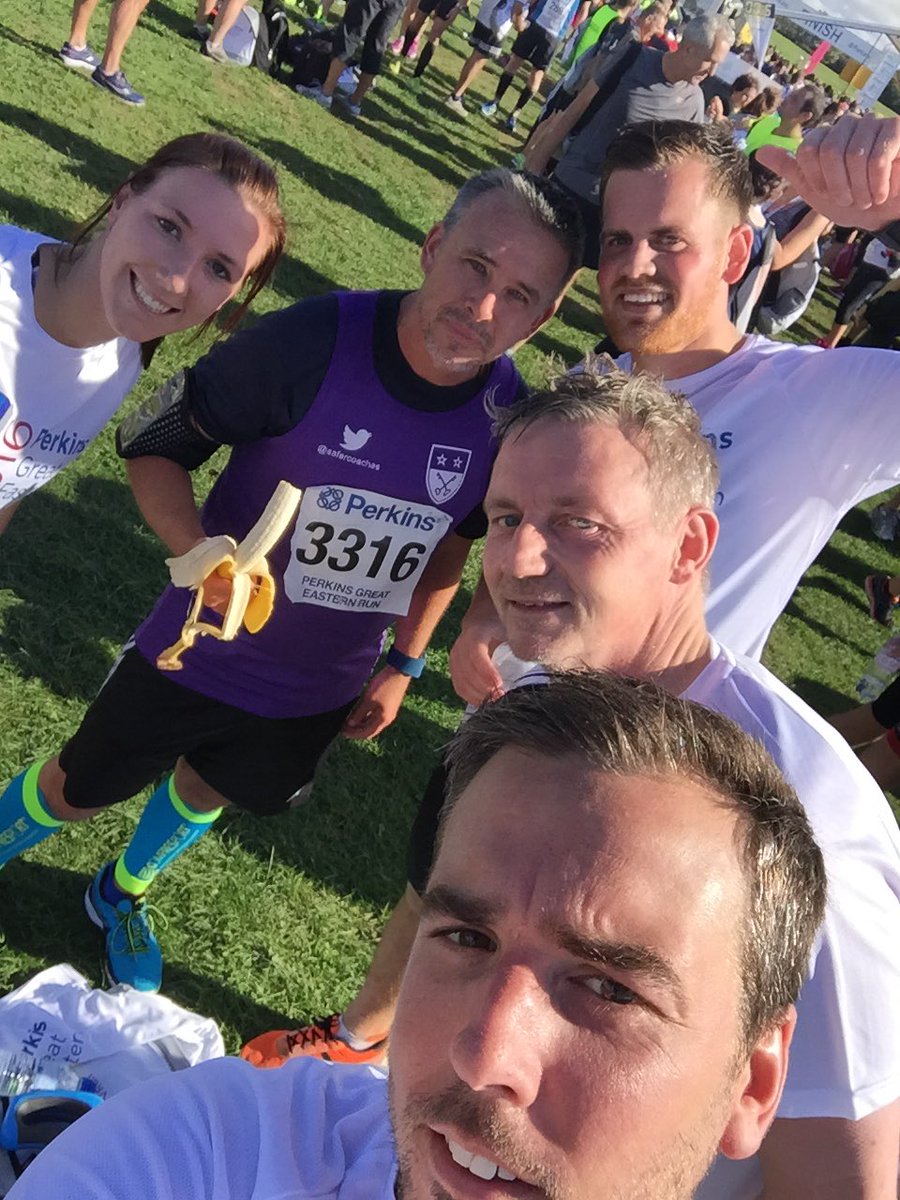 The staff were all massively encouraged by the scores of people who recognised and supported us along the length of the course.  Many shouting encouragement on recognising the Jack Hunt badge on the matching purple t-shirts.  We were running to raise awareness of the 'Safer Coaches' campaign #SafeMeansSafe linked to the Seb Goold Trust* which was set up by his parents following his tragic coach trip accident in 2014, by promoting the twitter link @safercoaches.

PE Teacher, Mr McAuley said “This was my first ever half marathon and I was pleased with the time of 1 hour 51 minutes.  It was a great day with lots of support from fellow runners, staff and students lining the course.  I definitely think it should be an annual thing.  Any takers?  I will be entering another for sure just not sure which one yet.”

Miss Bracken, PE, was particularly pleased with her result saying “Miss Hinch and I stayed with the 2 hour pacers the whole way round who were really encouraging and kept us supplied with water and jelly babies.  Thanks to their support and that of the hundreds of people lining the course, we both managed to creep under the 2 hour mark.”

Miss Henning from Art, also taking part in her first half marathon commented “The furthest I have run before was 6 miles and was really pleased when I completed the Great Eastern Run in under two and a half hours, beating my target.  As well as the Safer Coaches campaign I was also running for Macmillan Cancer Care and raised over £372 again beating my target of £250.” She went on to say “It was great to see the Sixth Formers as marshalls cheering us on and other members of staff – it was really motivating.  I was so pleased to finish – and no blisters!”