Day 1 and 2 of our annual school trip to China!

Well what a long day/2 days that has been however I must say the students have been brilliant!

Our arrival to Heathrow was nice and early with some already getting a little power nap in on the way down. Virgin very kindly opened up some check in desks for us which made life easier (VIP’s). Then came the task of getting 21 of us through security, after a million questions about liquids and whether mints, chewing gum, chargers etc were allowed we actually got through very smoothly.

After establishing a base in the terminal we gave the students a free 50 minutes or so but they didn’t stray too far as it’s still early days and some were definitely still nervous. Max however did manage to eat about 3 sandwiches in that time. After a short walk to our gate we were on the plane ready to go on time. The flight on the whole was very good there was a little turbulence for the last couple of hours. After some initial musical chairs when we left the students all seemed happy and were watching films, listening to music and chatting away and most even seemed to get some kind of sleep.

We arrived in to Shanghai around 2.30am English time, 9.30am local time and got through border control nice and easy; after all the visa issues earlier on in the trip that was a great relief. On arrival to The Gold Apple School we allocated the rooms, the girls are on the floor above the boys. We had 20 minutes for a quick change and then it was straight over to the Welcome Ceremony were students were waiting waving British and Chinese flags and all the schools dignitaries were waiting. We met Stephanie who has organised the Chinese side of the trip for the last 3 years and came over to Jack Hunt School two years ago; Principal Eugene who is the Head of the International Department and the new female General Principle of the Gold Apple School. The Welcome Ceremony was hosted by two Gold Apple Students who seamlessly swapped between Chinese and English and speeches were given by the General Principal, Principal Eugene and Principal Gavin (sorry Ms Kilbey I seem to have had a promotion) with all of us talking about the long lasting friendships and links between the two schools and just how much the students get out of this trip on both sides.

Following this we were then whisked off to lunch, where a buffet of sticky rice, soup, egg and tomatoes, curried potatoes, pork and beef dishes were waiting. The students gave the food a really good go and the chopstick skills are coming along nicely for most!

Next on the itinerary was a trip over to Long Hua Temple which was a short bus journey away, a few took the opportunity to have nap mainly Miss Shirley, Mrs Hudson and Mr Hudson.

The temple was exactly what we needed in our sleepy state and we had a leisurely stroll round taking a few pictures and observing others practicing their faith. Before we knew it we were on our way back to school where an hour or so was spare to grab a shower and unpack ready for the duration of our stay.

Next onto dumpling making with the students who are going to be coming back over to Jack Hunt in June. Initially students 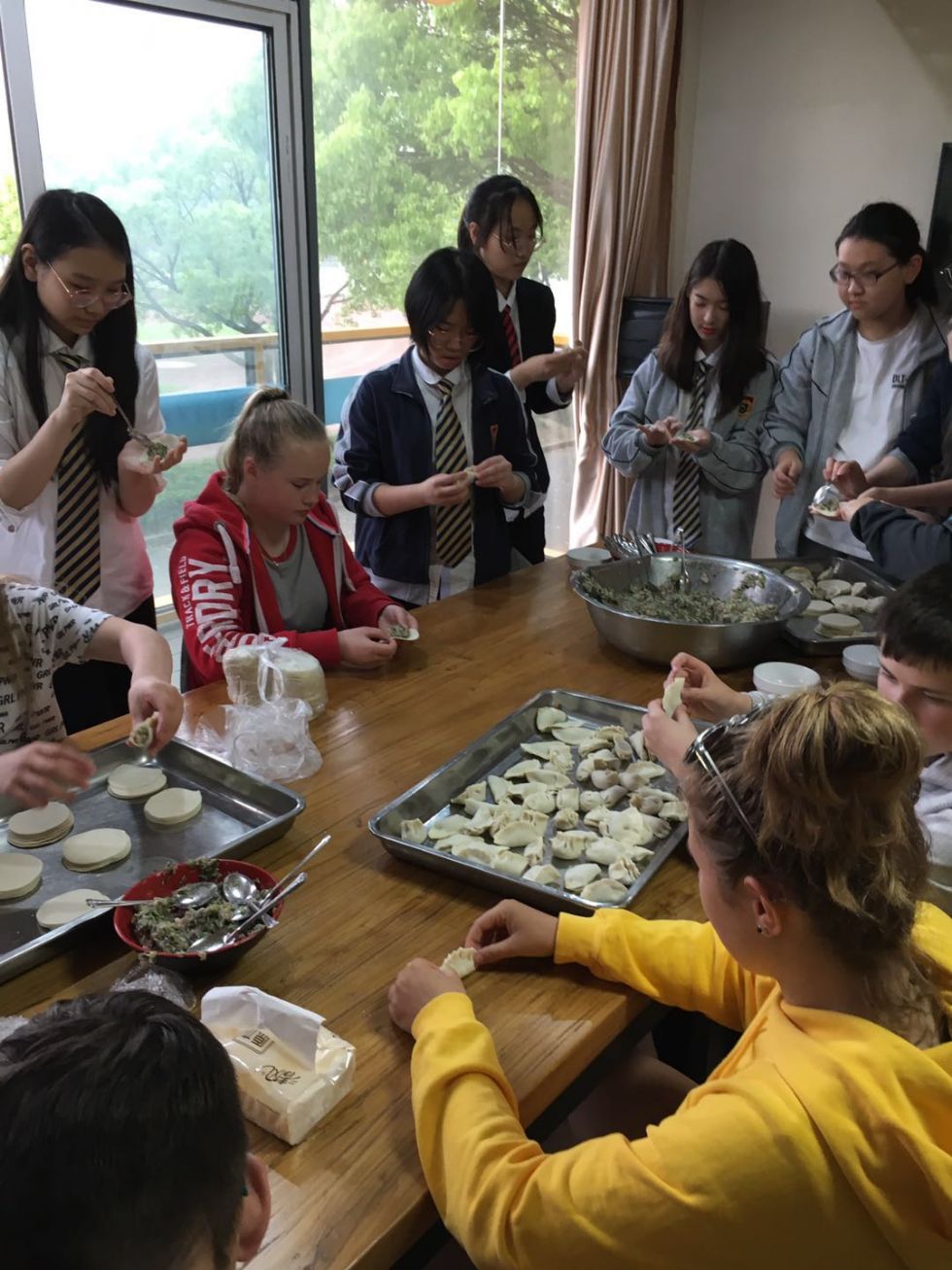 were a bit hesitant but then students on both sides relaxed and the conversation was flowing. We also had the pleasure of tucking in to the delicious dumplings all the students had made together and they tasted amazing with some our younger students easily smashing through 8 or 9!

Energy levels were drained but an early trip to the supermarket to get a few home comforts and settle a few nerves is always a winner, it’s also helps with keeping the students up a little later to get adjusted to the time difference nice and quickly, an array of sweets, chocolate, drinks and various items were purchased. Coming to the supermarket in China is just as much of a cultural experience as anything else. We always suggest students go and check out the meat and fish counters that stock things ranging from black chicken to turtles and snakes!!!

Last but by no means least we clambered up to the boardroom on the 4th floor of the International Block where we discussed the full day of leadership we have ahead tomorrow. At this point I also thanked the students because they have been amazing! It is a really hard first day and they have soldiered on throughout being nothing but polite and well-mannered throughout (which was mentioned by the aircrew). I'm currently writing this in my 33rd straight hour of being awake so I apologise for any grammatical errors. The students are all in their rooms before 10 ready for an early start and an action packed day of leadership for day 3. 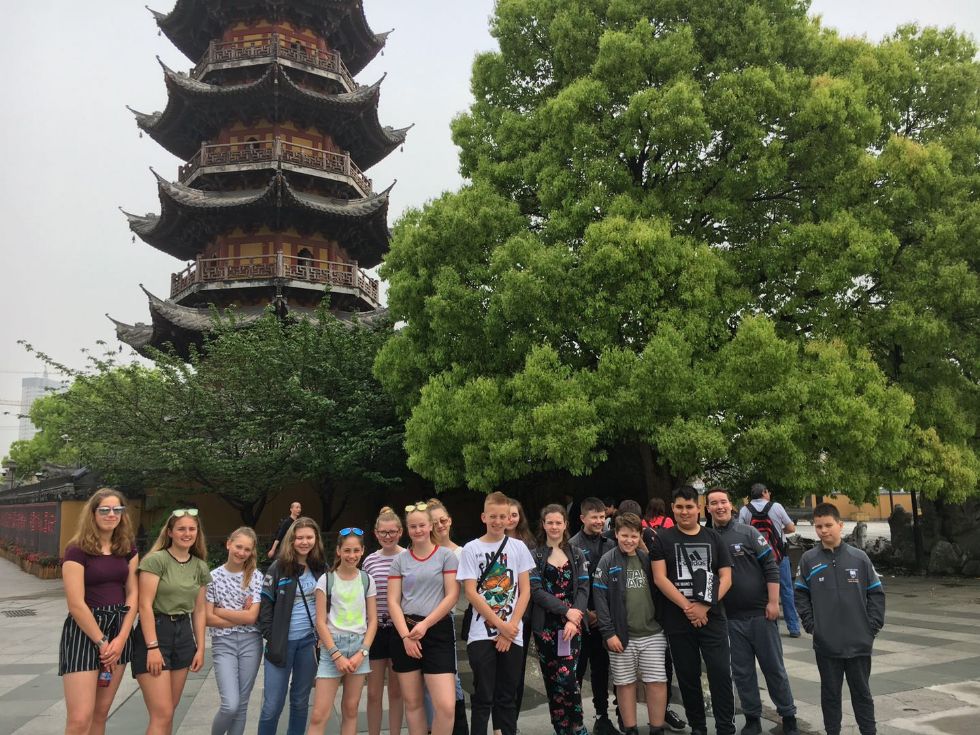