Day 5 - Science and Technology Museum, Zhujiajiao and the River Cruise

Onto the bus to head off to the museum, there has been a slight change to the schedule and Disney is now tomorrow where we will have the whole day there

Well after a bit of a sleep in compared to normal breakfast was at 8am. Today we had churros, eggs and sweet buns plus the usual option of cereal bars and fruit. Students were in good spirits and the school was still busy with lots of visitors looking around at the facilities etc.

Onto the bus to head off to the museum, there has been a slight change to the schedule and Disney is now tomorrow where we will have the whole day there. We arrived at the museum and were one of the first big groups there and took the usual photo on the steps. After establishing a base we let the students off in small groups to go and explore. There is a variety of exhibitions from the human body, robotics, animal kingdom, optical illusions and many more plus the one day special event of Jack Hunt school! We were probably one of the most exciting exhibits for the majority of Chinese students there. The students seemed to have a great time though posing for a number of pictures. 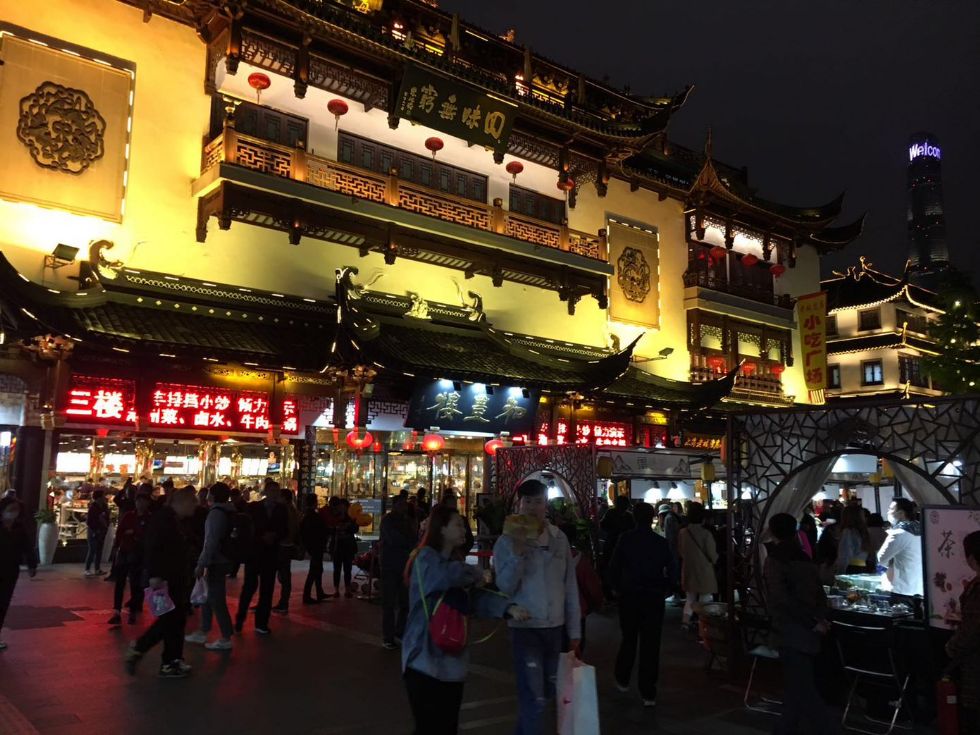 The markets were up next, Mr Cooke had already popped over to our usual stall to make sure it was still there. The markets are an absolute maze so we never venture in very far. We gave them all a bit of a pep talk and a lesson in bartering before we went in however as it’s a stall we have visited before they don’t try to rip the students off. A variety of gifts were purchased and Jack and Jill the owners commented how the students were driving a hard bargain. After this we were back into the museum for lunch, probably the most excited the students had been for food as there was a spaghetti bolognaise that lots of them had. Certainly a difficult dish to eat for chopstick novices so some resorted to eating straight from the plate haha. Others ate chicken and chips and some had salad, there was then a final half hour in the museum before we left so students could visit anything they had missed earlier.

A bus journey followed over to Zhujiajiao which is a very popular tourist destination and was quite busy as it’s Saturday. A few students took the opportunity to have a little nap on the way over. On arrival we walked around just so we could get our bearings again before heading to the very traditional Chinese establishment “Starbucks” so the students could all get their fancy drinks. It was busy and certainly the most interested the local Chinese people have been in us as a group. There wasn’t a minute that past when people weren’t saying hello or taking pictures and the students were absolutely amazing. Always being so polite and smiling away, posing for pictures and just taking it all in their stride. Mr Cooke had to buy a ridiculous hat so when he was at the front the students could all see him. Shopping followed with again lots of gifts being purchased so I won’t spoil any surprises but lots of traditional stuff. We were planning on going into some Chinese gardens but unfortunately they closed early today (it probably worked out for the best as it allowed us to explore a bit more and gave us time for food before the river cruise later on). We then had a final wonder round the town and we bought the group some traditional rice cakes to keep them going. 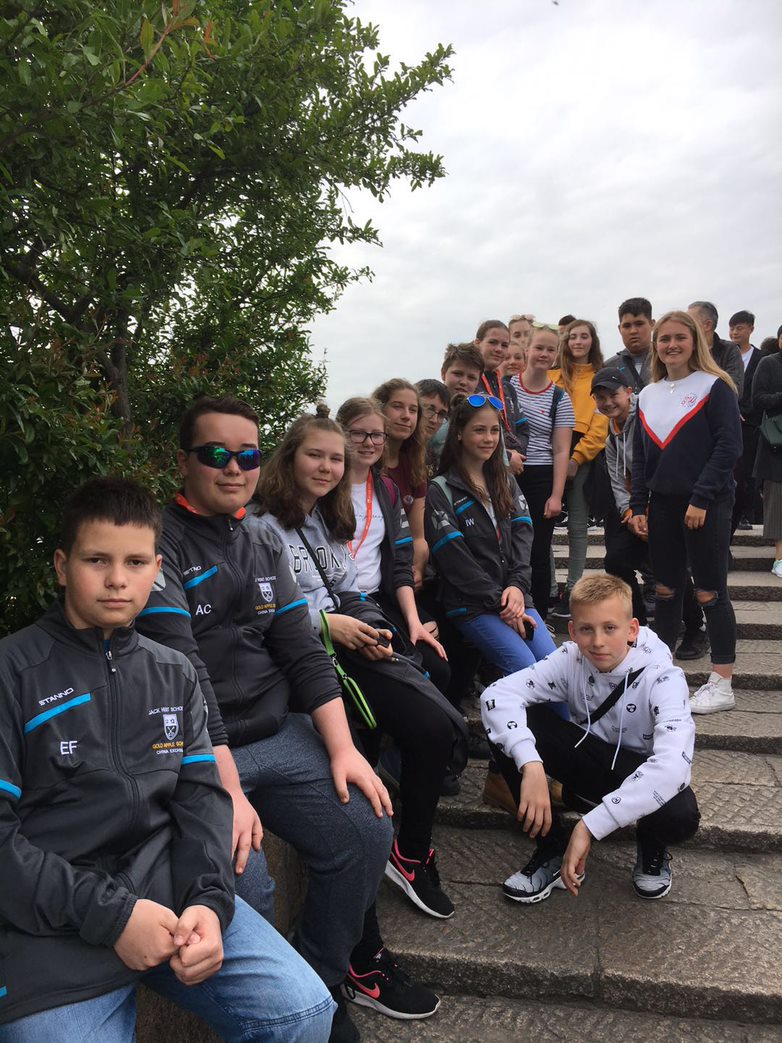 Another journey back into Shanghai and because we had made up some time in Zhujiajiao earlier we could stop before the cruise and have some dinner. Apologies but again it was a Mcdonalds, we were short on time, in the middle of a 14 hour day and we had to be sure the students were eating. They have tried an enormous amount of traditional food so far and when we return to school tomorrow after Disney we are having some traditional Chinese noodles and dumplings plus they have all next week and homestay to come. We ate right near Yu Gardens which is another tourist area in downtown Shanghai, it was great to have a walk through some bustling streets right in the heart of town. After the Mcdonalds we had to quickly walk over to the wharf to get on the river cruise, we were a little delayed and set off around 8.30pm but the students were fantastic throughout and made life easy for everyone. The river cruise is just such a spectacle as soon as you walk up the stairs after queuing below ground for the boat the amazing Shanghai skyline is truly a sight to behold. Even after seeing it last year it still takes my breath away it was a perfect night for it. We quickly set off on the boat up and down the Huangpo river, you have the new downtown Shanghai on one side with the amazing high rise buildings like the Shanghai tower, bottle opener (google it), lotus building and the pearl tower that we will be going up next week and then on the other side is the historically bund with lots of smaller but still very beautiful French and English buildings from many many years ago. The students were able to look at both sides at the cruise goes up a stretch of the river, turns around and comes back, luckily it was a beautiful evening and we were out on the top deck taking lots of pictures and selfies (hopefully some will be sent out after the blog).

After the river cruise we thought it would be the perfect opportunity to just walk a little way along the bund to get some group shots with the most amazing scenery in the background by this point the students had gone past being tired and were absolutely buzzing laughing and joking, taking silly pictures, singing, dancing and just keeping us all entertained. It was after 10pm when we finally got back on the bus to go back to the school to get a well earnt nights rest. A 14-15 hour day that has been an absolute pleasure, some very tired students and staff I must add, phone is saying around 75000 steps covered since we left on Tuesday so even though today was the first day we have properly left the school and gone sightseeing we have still been clocking up some miles. Hopefully straight to bed as we are up early tomorrow for DISNEYLANDDD!!!!

Thank you and hope you are all enjoying finding out what we are up to. 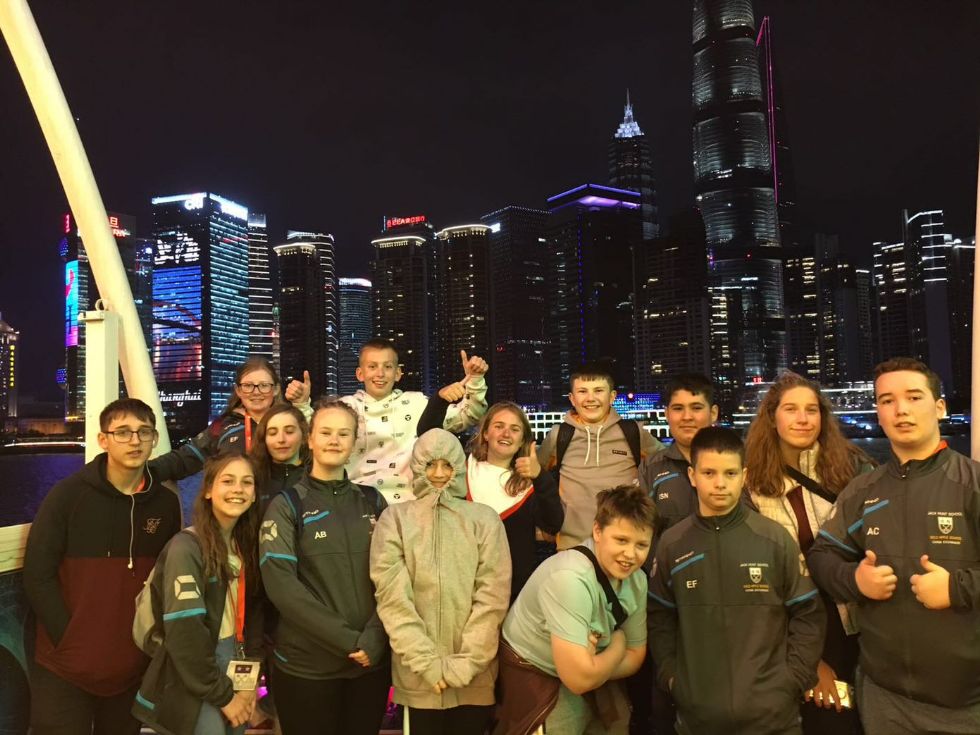