We were up nice and early for breakfast. This were some eggs, churros and steamed buns with rice noodles inside. As usual they all gave it a good go. Then a quick stop back at the room to make sure we had everything for Disney, especially some layers as it was a little colder and overcast with a little rain first thing.

A relatively short trip over to Disney of around 45 minutes followed and we were at the park for 9am. We got through, established a base, went over some guidelines for students about checking in and staying in groups and then they were off. Out into the madness that was Disneyland, it was busy but then when is Disney not!

Students spent the morning going on a number of rides, exploring the park and hunting down their favourite characters. We have been in each other’s pockets for six days now and I think the students liked a bit of freedom choosing where they ate and planning their own routes around the park. Most of the students met up for the parade in the afternoon which is always a great spectacle and were then sent off for a final bit of exploring and to visit anywhere they hadn’t been. Again a variety of gifts have been purchased. Before we left we just had to get some group pictures in front of the iconic castle! The weather improved at around 10am and they were actually very good conditions for a day outside as the 30 degree heat of last year made for a tough day. Highlights of the day were definitely Tron which is probably the biggest and fastest ride (I’m sure lots of you parents will remember the original film), the log flume, Pirates of The Caribbean ride and the parade.

When we returned to school there was enough time for a quick change for some as they were still a bit wet from the log flume before we went for dinner which was noodles from one of the noodle bars in the Gold Apple School. They were absolutely delicious and many commented it was their favourite meal of the week, even better than McDonald’s!!! Students chose from pork, spicy pork, mushroom and egg noodles and they were a real filling treat to finish off the weekend.

For the little free time left we had we took the students up to the boardroom where they can all socialise before bed, we have tried to do this as much as possible this week. There were a number of activities going on from cards to speech writing in preparation for the flag raising ceremony tomorrow and finally pumping up of the dodgeballs for our sports festival tomorrow.

After what has been an exhausting weekend both emotionally and physically we have managed to get students in their rooms with lights off by 10pm. A big sleep is needed for all. I would just like to comment that on the whole the students have been amazing this weekend. I really can’t get across just how well they are dealing with the challenges they are facing, most adults would struggle with this, add in the fact that they are children half way across the other side of the world and away from their loved ones, you should be proud and this experience will certainly make a difference in their lives.

Today is day 6 so the midpoint of our trip, it is flying by but feels like we have been here for ages at the same time. It’s a very strange feeling. This week we have leadership, sightseeing, homestay, more sightseeing and the farewell party before the big journey home. 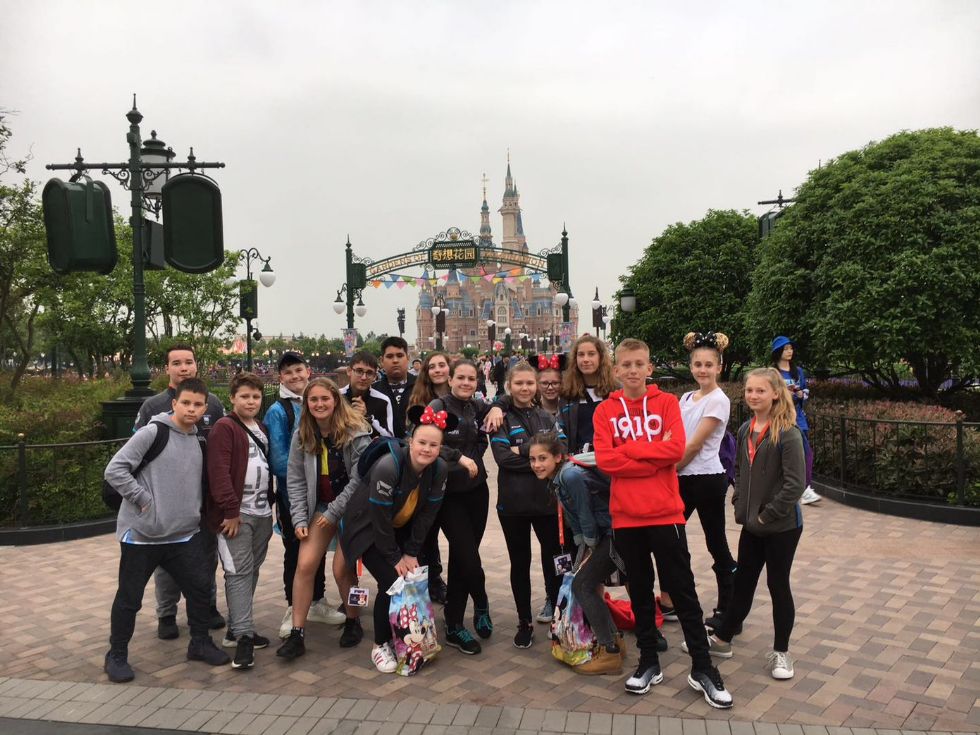