Featuring in the first half was the Concert Band, opening with an arrangement of ‘Do You Want To Build a Snowman’ and closing with their instrumental rendition of ‘Don’t Stop Me Now’.  Many of the performers in this band then played with the Jazz Band in the second half, where both instrumental and vocal soloists were accompanied by the ensemble.  Particular highlights were Francisco Gomes singing ‘Live and Let Die’ and ‘One Last Song’, which featured delicate clarinet interludes from Libby Nichols and epic tempo changes handled with precision from the rhythm section.  The Jazz Band also perform instrumental numbers, with ‘The Most Wonderful Time of the Year’ capturing the Christmas spirit and ‘One Note Samba’ featuring an extended Samba style drum solo from Alfie Loxdale. 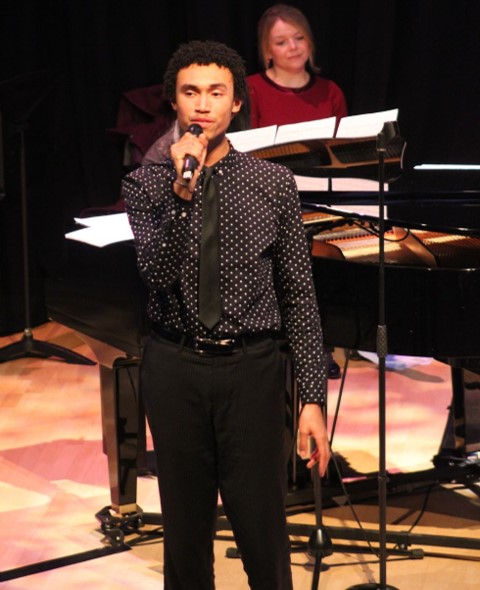 Chamber music skills are always featured in the concerts through performances by some of smaller ensembles in the school and this year was no exception.  The woodwind ensemble performed extremely contrasting numbers starting with a rhythmically exciting version of ‘Sweet Dreams are Made of These’, followed by Lottie Hood’s arrangement of 'Let It Snow, Let it Snow, Let it Snow’, and ‘Here Comes Santa Clause’ which was arranged by Grace Carter.

Stunning performances from the Concert and Senior Choirs demonstrated just how hard the singers work as well as how much they enjoy and support one and other.  This year the Concert Choir performed numbers ranging from ‘Super Trouper’ to ‘Somebody You Loved’ and, I Believe in Father Christmas’, featuring the famous trumpet solo from Prokofiev’s ‘Lieutenant Kije’, performed by Caitlin Banbury.  The Senior Choir always delivers a diverse programme and this concert was no different.  A moving performance of ‘Heal The World’ included solos from Hannah Bough, Grace Carter, Francisco Gomes and Georgia King was contrasted with an arrangement of Pink’s ‘What About Us’, a protest song in which students demonstrated their diverse singing styles.  Finally from the senior choir, a more traditional choral arrangement of ‘Have Yourself A Merry Little Christmas’ created the warmest of Christmas atmospheres in the second half, with a solo from Abbie Foreman.

As always, solo performances of an exceptional standard were showcased in between the ensemble numbers.  Grace Carter and Lottie Hood shared their interpretation of ‘Real Love’, whilst a beautiful piano performance of ‘Sarah’ by Rochelle Unay was mesmerising.  Although she didn’t perform a solo in this concert, extra congratulations go to Libby Nichols, who has just passed her Grade 8 Clarinet.

Finally, all musicians from the Choirs and Bands came together to perform ‘What Christmas Means To Me’ to bring the concert to a festive close.  It was a spectacular evening showcasing a range of music performed to a very high standard and demonstrated the incredible talent of the young musicians of Jack Hunt School.

This Christmas Concert the music department also had to say goodbye to Mr Amos, who has been such an important part of the department for the last 5 years.  All of the staff and students would like to wish him all the best for his future leading his own department at his new school. 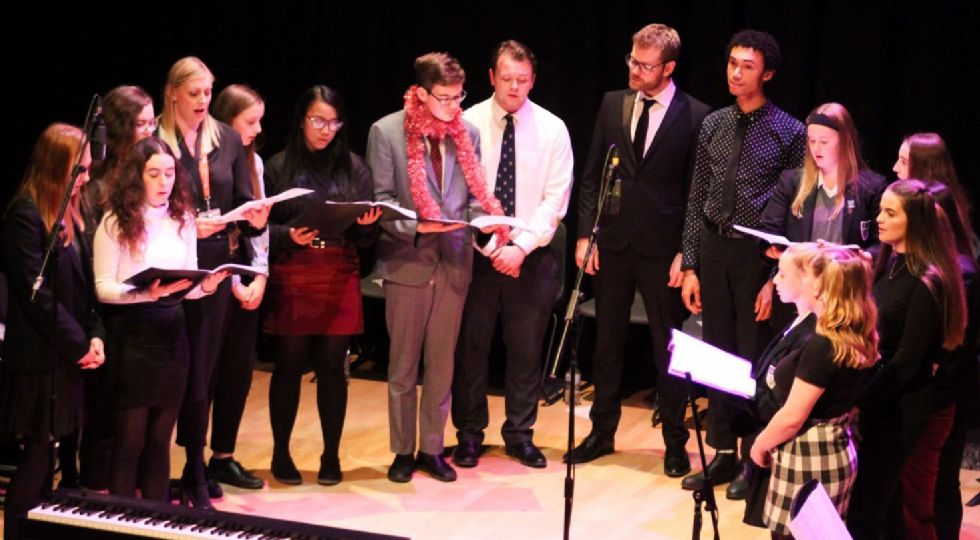