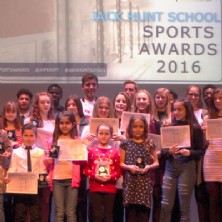 Our Annual Sports Awards Evening held on Thursday 17 November celebrates a fantastic year of sport, showcasing the many achievements of students from year 4 to year 13. 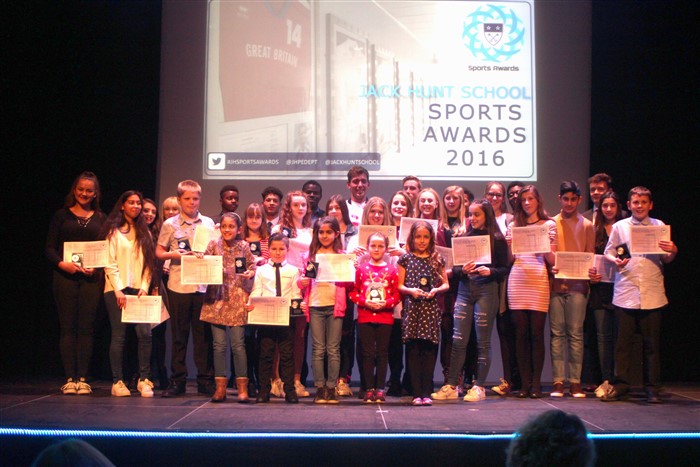 Our Annual Sports Awards Evening held on Thursday 17 November celebrates a fantastic year of sport, showcasing the many achievements of students from year 4 to year 13. Jack Hunt staff and students were delighted to be joined by members of our partner primary schools, who had also nominated students who had excelled in sport this year. 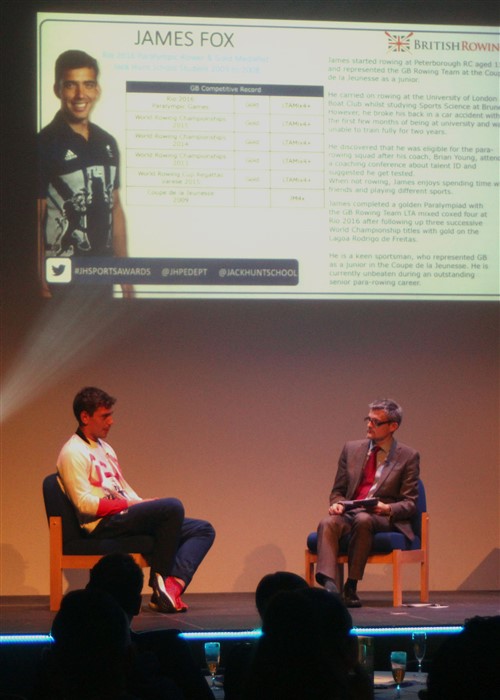 He is a keen sportsman, who has represented GB rowing throughout most of his rowing career. He is currently unbeaten during an outstanding senior para-rowing career.

Two of the schools most prestigious awards – The Linda Dingle Award for Best Higher Sports Leader was won by Joshua Bookal and Zineb Azoui for their outstanding leadership work both within Jack Hunt School and the partner primary schools.

The Best Sports Person in the Junior Athlete Education (JAE) Programme was won by Jaskaran Singh. Jaskaran only started playing cricket 4 years ago. He has since gone on to compete at county level and recently toured Australia.

Assistant Headteacher Chris Game said “The evening was extremely successful and a huge well done to all the category winners and students who received commendations. Having Paralympic Champion and ex-student James Fox attending was really inspiring. I am sure his motivation and dedication will encourage our athletes to keep working hard to achieve their own sporting and personal goals.