Early last month Jack Hunt School was visited by a student led group whose aim is to create equal and fair access for all. 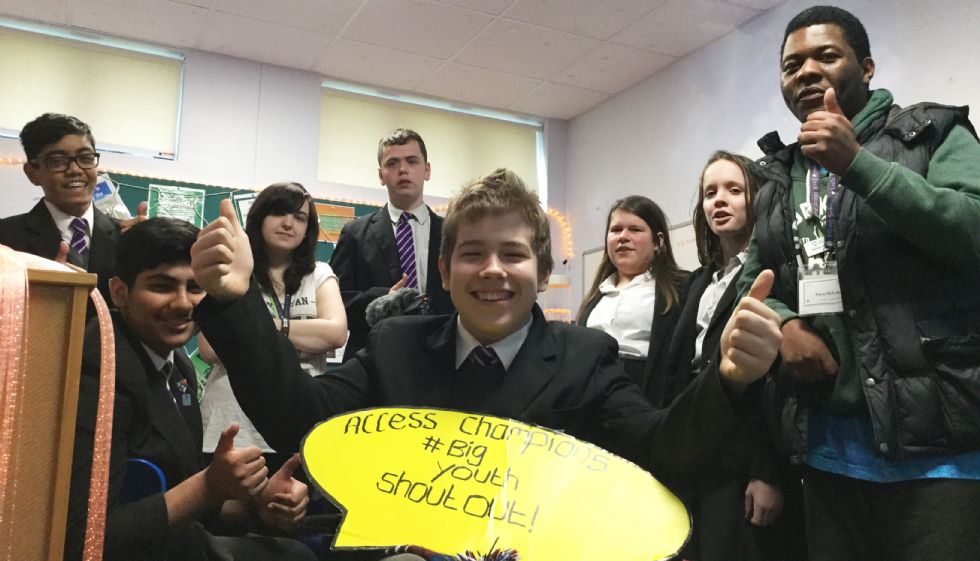 Early last month Jack Hunt School was visited by a student led group whose aim is to create equal and fair access for all. The group are in their third year and have been asked by the local authority to help identify improvements to the local SEND (Special Education Needs and Disabilities) Offer in Peterborough. The project is called #BigYouthShoutOut and the group have set out on a mission.  Their objective is to help communities with special needs to gain fair access to achieve the dreams that they have for themselves.

During their time in Jack Hunt School the Access Champion Team interviewed learners with help from the Jack Hunt film club which included Farhaan Khan, Jamie Scimeca and Ali Ahmad. The questions which the Access Champions asked were about how Peterborough could be improved for everyone. Tasha Dalton who is member of Access Champions  said “I had a brilliant time. It was great seeing such positive peer interaction for a good cause.” Tasha organised the day and is one of many who have been with this project from the start and will be sure to be with it when they succeed.

The next step for the Access Champions is to finish the Big Youth Shout Out but after that they wish to continue to work with the local community to campaign for fair and equal access for everyone. They also wish to secure funding so they can build a website and to get known through the use of social media.

For now, the Access Champions initiative is  only operating in Peterborough but once they have a sustainable model in place they hope to replicate this around the UK to give everyone a fair and equal access to education and opportunities.  Tasha says “We have some big ideas and the passion to deliver them!”